Take Notes By Hand and Do Better in School 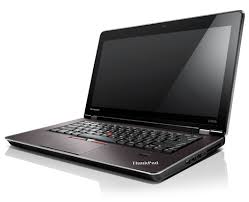 If you scan a college campus (and even some middle schools and high schools nowadays), you'll see a majority of students carrying laptops and tablets to class. Electronic devices seem to have become the preferred method of choice for note taking in class, at least among students I've been in class with, but part of me wishes that some of them are still carrying a good old spiral notebook and a fresh ink pen.

One time, as an experiment, I tried taking notes with my tablet. That night, I couldn't remember what I'd learned in class. That being said, I can probably count on one hand the amount of times I've taken notes on my laptop, and there's a few reasons why.

1. My notebook and pen do not distract me with internet access.

When I was in class, I often found the people around me surfing the internet during class rather than taking notes, which does not make for very complete notes. People will say they can multi-task or that "they're listening", but it really is impossible to pay attention to the professor when there are cats or social media updates to be seen.

That's why I'm actually a fan of the professors who say no laptops are allowed in class. People tend to participate, and everyone learns a lot more.

2. My notebook and pen never run out of battery.

I'm lucky if my laptop lasts for 2 hours without me having to plug it in, and I can't imagine how I would have been able to use it to take notes during the type of schedule I used to have. With three heavy note-taking classes in a row at 1.5 hours each, the math just doesn't add up. With my notebook and pen, I could sit anywhere in a classroom without having to worry about how many minutes of notes I could take before I saw a dark screen and had no outlet. (Yes, I always carry more than one pen!)

3. Typing is passive, writing is active.

When is the last time you had to remember how to write a letter of the alphabet when you were typing on your computer? When you type, you don't have to think about fitting words in on a line, whether or not you can read the words, or even if they are spelled correctly. If you are copying notes from a PowerPoint, you can literally just copy what's there without thinking.

Writing down notes is an active process. It engages your muscles and makes you concentrate on both what and how you're writing.  You strengthen your muscle memory for writing certain words, work on your own personal shorthand, and have the freedom to write in any style you wish. With time, not only will you be able to write faster, you will also have a better chance of remembering the material, because you have established a personal connection with it.

4. Formatting notes with a notebook and pen takes less effort and time.

A pen is a magical tool when it comes to formatting. You can underline, bold, italic, circle, square, connect, draw, and write anything you want with the swipe of your hand. No keyboard shortcuts, mouse, or shift keys needed. Forget to write something down? Write it in the margins. Make a mistake? Draw a line through it. You are less likely to miss the next thing your professor says if you do not have to spend time playing with buttons.

5. Reading over notes that you've written helps you learn the material faster.

When you reread your written notes before a test, your brain sends you a little message saying, "Hey, I've seen this before and I remember thinking about it!" Your unique handwriting and style of note taking can also give you a leg up on tests, because you can picture in your head what you've written in your notebook when you get stuck on a question. Maybe you put a * next to something you wanted to remember, and you studied that concept more because of it. Having that visual can be the difference between making a guess and knowing a right answer.

If you always take notes on your laptop, try taking notes in class by hand for one day and see if you feel like you've engaged yourself more. You can always type them up later, but I know I wouldn't want to.

How do you takes notes in class? Do you have a special way of organizing them or using them to study for a test?

What do you think?